For the Epitome of Stinkin' Thinkin', Read Here

[Editor:  Caution. Foul language in this article. Read at your own risk!   It's quotes from David Hogg, the crisis actor at the Parkland, Florida school shooting whose dad is former FBI.  The same FBI that ignored dozens of warnings about the shooter. 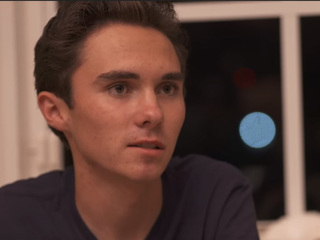 David Hogg, like most in his generation, never got an education on American History, including the actual meaning of the Constitution and what it was designed to do.... and to prevent.  The kid doesn't even know what kind of underpinnings are in place on which our government is based.  "A democracy" he says?  That is the one thing he says that is correct.  It's correct because we do not live under a Democracy, do we!

What we see here is a slice of what kids are being taught in school and not taught in school.  Where the heck are parents who send their kids to school to be indoctrinated?  It's beginning to look like this is the future of our country.]

David Hogg: "Our Parents Don't Know How To Use A F*cking Democracy, So We Have To"

The Outline interviewed David Hogg, a 17-year old survivor of the shooting in Parkland, Florida, who says he is the NRA's "worst nightmare." Hogg's interview was laced with profanity against his detractors, Gov. Rick Scott, the NRA, old people and others.

Hogg said he became an activist because adults don't know how to "use a f*cking democracy":

"When your old-ass parent is like, ‘I don’t know how to send an iMessage,’ and you’re just like, ‘Give me the fucking phone and let me handle it.’ Sadly, that’s what we have to do with our government; our parents don’t know how to use a fucking democracy, so we have to."

An edited down version of this clip was removed by YouTube as harrassment after it was linked by the Drudge Report.

"It just makes me think what sick fuckers out there want to continue to sell more guns, murder more children, and honestly just get reelected," Hogg said. "What type of shitty person does that? They could have blood from children splattered all over their faces and they wouldn’t take action, because they all still see these dollar signs."

"Honestly, it's alright that people are buying more guns. I just care that they are being safe individuals. And they can practice their Second Amendment rights all they want. I don't give a f*ck about that. I just want to make sure that a crazy-ass individual doesn't get an AR-15 or any weapon at all," Hogg said about guns.

Permalink Reply by Jay clagg on March 24, 2018 at 9:04am
The kid is snowflake indoctrinated to the liberal left

The massive transport of those on the streets today made possible by progressives. That is all I need to know to inform me of the progressive left of their intentions.

Yes kids K-12 are being indoctrinated.

The school shootings of recent times are the young killing the young. This informs me that there exist problems very broad and deep within society. Gun control will not solve these issues.

The young are killing themselves through addiction. They appear to me lonely, dysfunctional in many ways, many have been given drugs at an early age to control their behavior etc.

Thank G-d not all fall into dysfunctional.

One question comes to mind. Where are the parents to engage in stopping the indoctrination of  their kids?

Where are the parents who are not teaching their kids that throwing temper tantrums is not rewarded?

A big question is why are the parents of the left not recognizing that the progressive elite are using their kids for their own power and greed?

This "addiction of self-righteousness" professed by the youth of today ... is the modern day Hitler Youth Corps. The "me to" generation of sicko's will end, and eventually cower, at the alter of big government intervention until ... they are the hunted.

Information is dangerous to those who want to enslave you.

This kid purports to make himself look like the all-American kid ...... then I listened to a couple videos of him.  Vulgar little snot.

Amazingly confused language.  That he got beyond fifth grade in thinking ability is a sad testament to parenting and education in our school systems.

I am old now but if when I was growing up if I used the language he seemed quite comfortable using there would be consequences.

Parenting and setting boundaries for kids and young adults seems to be sorely lacking these days.

It has been missing for many decades, Patricia. :(

It is very bad that a 17 year old uses that kind of language to begin with. His parents especially an FBI agent should have raised up a better child. That brings another conversation up on the FBI, that haven't been doing their job or the Clintons would be in prison. These children have been brain washed by the public schools that they attend. It is very sad that we have young people growing up with no true ethics, they need to learn the Constitution of the United States and follow it. They also need to get off their cell phones and do something productive to help people like our Veterans and homeless.
But with their Parents being Stupid, I don't know if there is much hope for them in the future. You can fix Dumb but you Can't fix Stupid!

One of Hogg's parents is an FBI agent.  This is a revelation.  Did his parent have anything to do with the planning of this shooting, connections with the Police force, choreographing his son to do what he's doing today?  Is George Soros involved financially with this family?

George Soros could be funding their transportation and organizing these Marches, but I do have any facts to report that.

Well, he covers his tracks now, doesn't he?  He's certainly not going to announce that he supports or funds these.  He didn't do so with the bussing of the Occupy rioters, and I don't think he's going to start now.