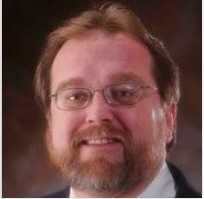 Said Bob Branch: When Doyel Shamley is elected as our next AZ GOP Chairman, he has assured me that we will recruit, train, activate, and then empower our PCs. To make this State Red again, the PCs need to become a unified army!

As a decorated Combat Veteran and Military Leader, Doyel knows how to lead and unify the PC army.  As an AZ Business leader, Doyel knows how to do successful fundraising, and as a highly respected Republican leader, Doyel will help to unify our Republican Party. Under Doyel’s leadership, we will take back lost ground, and we will win back lost seats. Under Jonathan Lines, the current AZ GOP Chairman, we became a Purple State, this last election cycle, the AZ GOP lost one U.S. Senate Seat, and two US Congressional Seats, turning Arizona’s U.S. Congressional Delegation from “Red” to “Blue.” Arizona lost 40% of the State’s executive offices that Republicans held prior to the elections. Republicans were less than 3,000 votes from losing the AZ State House and from Arizona becoming a “Blue” State!!! Because of Lines, the Dems have all of the momentum. Doyel Shamley will turn the tide, and we Republicans will

I am honored that Doyel, a person that I respect and admire, would ask me to assume this very important
position; and when you Vote for Doyel on Saturday, I promise to not let the Republicans of this great State down. This is a very important election for our State, and Nation, so help us “Make Arizona Red Again;” elect Doyel as our new GOP Chairman.” www.voteshamley.com

Rumors are circulating as to who Kelli Ward will appoint to be Executive Director.   The rumors have it that it would be her husband, Michael Ward.  We contacted Ward for a confirmation of that and she said, "he will not" be appointed for that positition.  She did not reveal who she would appoint but we assume it would be a conservative.

Sooper.  This is two gifts in one.  Branch has proven himself to be one of the guys with true integrity.  He would do a terrific job.  Go, Bob.  Go, Doyel.

My vote is firmly behind Kelli Ward! No disrespect to the other candidates, however, I am grateful to Dr. Ward for her steadfast dedication to the Republican Party and for the ACTIONS she took to challenge the status quo-twice! She is a wrench thrown into in the wheels of power. She proves her worth time and time again and her resolve to defend and protect our state.  No other chairman candidate has more real time experience. Her message is to UNITE the party, something so needed in 2020. We are in a serious and dire situation. We have awakened to the reality that the elites are making the decisions for us. Look at what President Trump is doing for America. Dr. Ward has always supported President Trump unequivocally. A house divided against itself cannot stand. VOTE Kelli Ward to unite our party and take back Arizona.

[I am an LD25 PC & State Committeewoman who will be voting at the AZGOP Statutory Meeting on January 26th.]

Thank you, AFA Team, for keeping us informed of Doyel Shamley's Candidacy for the Chairmanship of the State Republican Party (AZGOP).  My personal assessment of our current standing as a viable Bastion for Liberty in our Republic, and Shamley's promise as our new Chairman, follows below.

Having known Dr. Bob Branch for nearly two years, I'm confident that Shamley has well-chosen an Executive Director who will serve our State Party and Doyel Shamley with distinction, as Shamley leads the Party to Victory in 2020, toward restoring the Constitution!

It's Time to Stand Together in Liberty to take back our Party and our State!

One year ago, we stopped the GOP Establishment’s brazen attempt to further subvert our AZGOP!  Then, the 2018 Elections showed our State--and our Nation—that there is something very wrong with Arizona’s Republican Party!

Our only hope for restoring our Party is to stand together in one spirit--to truly challenge the usurpers who have commandeered our State Party.

It is daunting, countering the tactics of power-hungry tyrants who have stolen our party through unconstitutional statutes, ghost-PCs, proxy-voting and blatant procedural violations!

I’ve learned by experience that God’s Timing is Impeccable as He calls many to serve, but few overcome their natural fears, to step-up, and risk failure and recrimination from those who sit on the sidelines criticizing the ones who brave the stormy seas to run for office.

My greatest pleasure in this crucial Battle to restore Liberty under God, is in perceiving Liberty’s Fire blazing in the hearts of my Fellow-Patriots!  As I follow his campaign for AZGOP Chairman, I’m heartened to see Liberty burning brightly in Doyel Shamley!

We must respect Shamley’s decision to run, by doing our due diligence to learn who he is, and what he plans to do to turn our Party--and State--Red Again!  In speaking with him on Tuesday, I learned that Doyel Shamley:

I, and many others have given our support to, and will cast our votes for Doyel Shamley!

Standing Together In Liberty!

Permalink Reply by Nancy Jenkins on January 25, 2019 at 7:44am
Sounds like a powerhouse team!