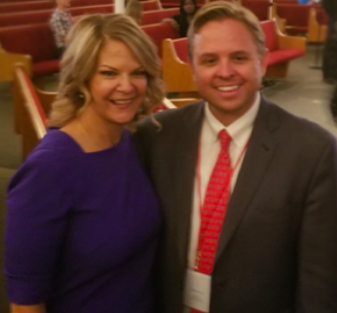 This is awesome.  All vestiges of John McCain will eventually be swept away.  Arizona is going to remain Republican ........ and not RINO.  As Arizona goes, so goes the nation.  The DemocRat Party is dying.

DemocRat? - what you meant to say is Communist?

Conservatives being racists is an aspersion

We observed that Joe Neglia called for a roll call vote with state committeemen standing in support prior to the candidate speeches. Otherwise, great recap! The most amazing part is we were able to return to paper ballots again, our very own hand signed ballots that were voted and handed to the various chairmen. Thank you. Thank God.

Yes, you are right, Angie.  The speeches did come after.

Hey, Angie.  Are you reading other posts?  AFA made that correction so why are you belaboring the point?  Do you want them to re-write the whole article?

Yes, understood and thanks for the correction, Pat J.

I don't care a rats patootie what came first. The important part of this article is two fold: Joe Neglia the hero of the day; Lines is gone in a huff I heard.  How that all happened doesn't matter to me.  McCain is finally in his grave regarding AZGOP