Have you ever been hit squarely in the face with a 2 X 4 by politicians claiming to be “on your side”? I’m speaking in figurative terms of course about behaviors of local AZ State officials claiming to be “Conservative”. One of the basic tenets of the Republican platform is adherence to our Constitution as intended by our founding fathers. Democrats however view our Constitution as a “fluid” document that should be altered according to the whims of their ever changing ideology. Unfortunately there exists a class of Republican politicians who oftentimes mirror Democrats in the perpetual exercise of trying to “tweak the system”.

RINO’s (Republicans In Name Only) live among us, attend our meetings, affect legislation and attempt to convince that they’re “on your side” while simultaneously shoving a dagger deep into the backs of voters who expect honest representation. One recent example of RINO’s helping Democrat/Socialists in making a mockery of State and Federal Immigration Law was the recent edict by ABOR (AZ Board of Regents) in granting a “special discounted” tuition rate to Illegal Alien students wishing to attend AZ universities and colleges! The tuition would be less than that paid by out of state students who are US citizens! I’m not joking! The following is an abbreviated version of the steps leading up to this stunt:

In the previous legislative session AZ State Senator Heather Carter (LD-15) colluded with another “Republican”, AZ State Rep Michelle Udall who “represents” LD-25. They went about the business of crafting two Bills (SB 1217 and HB 2186) that would have opened the door legislatively to “welcoming” Illegal Aliens residing in AZ for the special discounted tuition. Thankfully, Senate and House Republican leaders saw through the ruse and shelved both measures. These bills were in obvious violations of both AZ and Federal statutes prohibiting special “accommodations” to those who reside in our state illegally.

However, the legislative rejection of these measures did not dissuade Ms. Carter. She was   undeterred in getting her agenda approved, regardless of party standards regarding Illegal Immigration. All was quiet for the following few weeks after the legislative session had ended. On August 22, 2019 a political bomb was detonated (https://ktar.com/story/2700528/arizona-extends-special-tuition-rate...). ABOR (AZ Board of Regents) had just announced policy to accommodate Illegal Aliens by offering them a “special category” of discounted tuition that would be “effective immediately”. Coincidently this decision mirrored the provisions of the two failed Carter/Udall bills providing similar benefits to our Illegal friends. I can imagine the back door dealings that had been going on during this “quiet period” by the named esteemed legislator (s) and corrupt ABOR officials.

RidersUSA decided to become active in this arena and began an email and letter writing campaign to convince the AZ Attorney General to take legal action against ABOR for violating State and Federal Statutes. The return email from the Attorney General was eye opening. Apparently his office could not proceed with any legal action against ABOR because of a 1960 AZ Supreme Court decision prohibiting the AG from suing this particular agency. What??!!! The AG is now in the process of appealing the 1960 decision in hopes that the present Supreme Court would reverse the previous ruling and allow the AG to do his job.

In the “back and forth” between emails and phone calls I became aware that Republican Governor Doug Ducey had appointed all 8 members of ABOR and agreed with ABOR’s decision to provide the discounted tuitions for Illegal Alien students as well. With Republicans like this doing the work of Democrats………………..why do we need Democrats???!!!

It is time for someone to make up a detailed list of all the Non-Biblical, Illegal, Unconstitutional, and Anti-Conservative Acts that Governor Ducey has accomplished since the beginning of his term of office. Bring it to the voter's attention ASAP. Then we can take the list and nail it to the front door of his home, and the front door of his office. However, his actions are not a Disgrace to the Establishment Mob that runs this state. I have the nails ready. I will start the first act on the list, by mentioning the fact that one month after taking office, he passed a law by himself allowing Homosexual and Lesbian Couples to adopt Children in the State. All Psychological and Scientific research says that is a big mistake.The conclusions were not done by Climate Change Pseudo Scientists.                           Got that! Number 1.

If my memory serves me correctly, wasn't the Udall family part of the democrat party? How is  Michelle Udall related to former Senator Moe Udall?  I hope that there are going to be challenges in the republican primary to Michelle Udall and Heather Carter.  We need to eliminate as many RINOs as we possibly can!

I did a bit of research and couldn't find any relationship between Moe and Michelle Udall. Somehow they must be related in their family tree and I just missed the link. However, the Udall political dynasty (Moe, Stewart, Mark, Tom) is fraught with leftist ideologies which is unusual for those with traditional Mormon upbringings. I would venture to guess that Michelle is at least tainted by these known leftist relatives as her actions in supporting Illegal Aliens in this case is apparent.

Also......Heather Carter is being challenged in the 2020 Republican primary by Representative Nancy Barto. I spoke with Nancy this weekend about the subject matter at hand and she claimed to be vehemently opposed to rolling out the red carpet to the Illegal Alien bunch. That's all I needed to hear......I'm supporting Barto for AZ State Senate in LD-15 in 2020! We need to show Heather Carter the door!

Can anyone identify any elected official that isn't guilty of treason? Democrats openly admit their hostility toward the Constitution of 1787. Our so called Republicans show it by their actions and inactions and are simply classified as RINOs. All however are supportive of enemies of our Constitution. To my knowledge NONE have taken any action to restore lawful money that would comply with the Constitution. The result is that our present monetary policy established by the privately owned, deceitfully named Federal Reserve System, couple with a system of confiscatory taxes, MUST eventually result in the owners of the stock in the banks comprising the FED taking title to all real wealth of their choice, a mortgage on the remainder and a claim on all future production. We are debt slaves via actions of both omission and commission by both major political parties.

Glad to hear that someone is challenging Heather Carter. I hope Nancy Barto is a woman of her word. Guess we will see if someone steps up to challenge Michelle Udall.

I agree with Clair ( please see his suggestion in below )   We need to know who voted along with Ms. Carter  .

This will likely happen again when it comes to the Red Flag law.   AZ House Rep LD1 Steve Pierce was appointed to replace David Stringer . He needs to be watched. He will tell you he has guns and is an NRA member which means nothing . When I said it is rumored that Gov Ducey wanted you because you will support the Red Flag Law " he got in my face and said bullshit several times.

"They need to include in that all who voted 4 SB 1469, Red 4 Ed, NPV, removing laws this last session that protected our children from being brainwashed in our schools and they all voted 4 it as AZ AG told them we couldn't win in Court, is he a fortune teller or just another Traitorous Office Holder. " 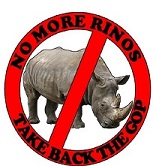 Yet another red flag on Gov. Ducey.