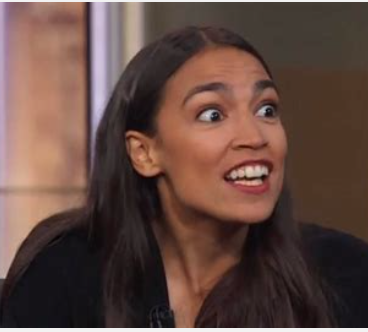 How the left stole journalism in America

We have known for some time that there are few to no honest journalists on TV anymore. When Murdoch retired and gave Fox News to his rabidly leftist sons, that was the end of reliable reporting from them. Now we see a mix of honest reporting such as…Continue

Social Media - playing into the hands of the globalists

So, you think social media is just a fun way to exchange information about your personal life with strangers. Or it's a great way for organizations to get their message out to new people... what's the harm? Or maybe it's Ok for young people to post…Continue

The "Impeachment" of President Trump has been, so far, the most successful impeachment attempt the country has ever seen.  But not for the impeachable House Democrats who have lied in the face of documented evidence with not one single "witness"…Continue

In their effort to label President Trump as a cult leader and smear all 63 million of his supporters as cultists, media elites have finally cracked open a real discussion about mass conformity.Media elites and other leftists will never stop…Continue

By "outsider," this means anyone you would want to vote for.  No more Donald Trump type candidates would get elected because elections will be co-opted.  Today, right now, Maricopa County Recorder Democrat Adrian Fontes is known to be conspiring…Continue

Phoenix Dreamer: ‘I’m American in My Heart and at My Thanksgiving Table’

We read this article, "Phoenix Dreamer: I'm American in my heart and at my Thanksgiving Table" with a critical eye, wondering how a DACA resident would come to this conclusion.You can read it…Continue

America no longer knows our history. Godless professors teaching in our universities have become purveyors of fake history. It all started 105 years ago initially targeting brain washing of the professors of that time and instructing future professors. It was a little bit, inch by inch to take out our religion and to water down civic content in classrooms. Basic U.S. Constitution understanding no longer exists.

Just think about how confused America has become about separation of church and state. Pastors, ministers, priest, rabbis and others banned from preaching the meaning of God in politics.

The Constitution does not prohibit putting a nativity scene on public property – restricting same is prohibiting free exercise of religion. This means that all religions even those absent religion can post a seasonal display.

Established the three part test for determining if an action of government violates First Amendment's separation of church and state: 1) the government action must have a secular purpose; 2) its primary purpose must not be to inhibit or to advance religion; 3) there must be no excessive entanglement between government and religion.

The Godless professors say our nation was founded as a secular endeavor. K-12 teaching is following the down ward part of higher education in an effort to dumb down America.

NOW - WE need to prove them wrong.

Noah Webster said, "The moral principles and precept contained in the Scriptures ought to form the basis of all our civil constitutions and laws. All the miseries and evils which men suffer from vice, crime, ambition, injustice, oppression, slavery, war, proceed from their despising or neglecting the precepts contained in the Bible."

Benjamin Rush said, "The only foundation for a useful education is to be useful in a republic is to be laid in religion. Without this there can be no liberty, and liberty is the object of and life of all republican governments. Without religion, I believe that learning does real mischief to the morals and principles of mankind."

Hitler got rid of the textbooks – sound familiar?

We must focus on education because that is where the Deep State has a hold. We must be focused and informed!

It is truly interesting to me that many, many, foreigners, whether from California, or other countries, think that bringing their failed culture with them is somehow an appropriate action.  They need to be asking themselves why they feel the need to leave their homes and move to some other place?

Who was it that said doing the same thing over and over, but expecting a different result, is absolutely illogical?

ALL these "foreigners" need to start thinking through what they are doing, instead of attempting to create another failed culture -- exactly like the one that they felt the need to flee from, no less, instead of getting involved and attempting to fix the problems they were experiencing in their own home areas.

It is worthy to note many of the founders of this country didn't run, they stood up -- and did what was necessary to make changes.

He intentionally flubbed the I-S-E-L thing just like he lied about who he was in 2008! Obama is in control and it chills me.

Obama is leading from behind and pulling our strings.

Did anyone notice that Obama had a "press conference" this morning on the beheading of journalist James Foley by ISIS.  He is so tuned to this problem that he pronounced the terrorist group I-S-E-L instead of I-S-I-S  Then he went to play golf.  Gotta get that golf game in at all costs.  It's just one dead journalist.  He doesn't even like journalists.  It shows.

Today, Obama announced he is sending $47Million US taxpayer dollars to GAZA to sustain their attack on Israel.  For Israel, the target of the attacks from Hamas in Gaza, nothing.  Nada.  Zilch.  But Obama has their back!!!!!  ;-/p>

Check out the new post from Peggy Noonan in the Wall Street Journal: The Daydream and the Nightmare.  She nails Obama.  Posted above in King Obama's Unaccountable Behavior banner.

Too little, too late.

Boehner should have just kept his word and repealed Obamacare like he promised.

Instead he went to bed with the adversary.........the devil himself.

According to Fox Business today, in the five years Obama has been in office, he has spent $66Billion just on the use of Air Force One.  Not the vehicles, staff, hotels, secret service or any of that.  JUST to fly on Air Force One.  That's a LOT of food stamps!

Why is it that the IRS can give bonuses to their workers to "improve morale" but we don't have money in the budget to pay our military so they have had their benefits cut?