WHAT LIFE WILL BE LIKE IN AZ UNDER DEMOCRAT RULE

This is a follow up to the Call to Action issued August 17. You may recall that I stressed the importance of doing all we can to elect and re-elect republicans to the state legislature because we are one house seat and two senate seats away from losing control of the legislature. If you need to refresh your memory, you may check your incoming emails for August 17 or go to my Facebook page, AZRRT/azpeopleslobbyist, and scroll down to the August 17 postings.

This follow up is intended to address two questions that you may have:

How serious is the threat presented by the democrats?

Very serious. There is a lot of out of state money coming to AZ to fund well organized campaign to turn the legislature. But even without all that money, we have a problem because there are quite a few republican held offices that are facing a serious challenge. One prime example is what is happening in the senate race in LD28. In the primary, unopposed republican Brophy-McGee received 23,015 votes and the democrat Christine Marsh, also unopposed, received 27,496 votes. Obviously, the democrats are well organized and motivated, while many republicans chose not to vote for Brophy-McGee. It appears that they did not want to vote for a republican that so often votes with democrats. In other words, it seems that they concentrated on her dismal record instead of focusing on the overall picture. We cannot afford to do that in the general election.

How bad can it be?

Very bad. So far, I have heard a lot of talk and have read a lot of writing about a democrat takeover of the legislature being a disaster. What I have not heard or seen so far is a laundry list of what exactly will happen if the democrats do in fact obtain a majority in the legislature. The following is aimed at addressing that issue. During the 2020 legislative session, democrats introduced a whole slew of very bad bills. They got nowhere because republicans controlled the legislature.

Make no mistake about it. If the democrats get control of the AZ legislature, these bills will pass and will be sent to the governor. Whether or not he vetoes them is anyone’s guess.

The whole list is too long to include here, but the following partial list should be sufficient to make my point:

Repeals ARS 23-1302 – Right to Work Law. Removes the prohibition against forcing employees to join union as a condition of employment.

Severely limits availability of firearms for self defense in one’s own home. This bill makes it mandatory that both weapon and ammunition must be kept under lock and key.

Voter registration on day of election. Very difficult to determine proper eligibility before vote is cast. Makes it easier to commit fraud.

Three months paid family leave. Upon return, employee must be restored to original position. Not good for small businesses. A replacement must be hired, trained, and a salary paid, while still paying the salary of the employee on leave. When the employee on leave returns, he/she must be restored to his/her position, possibly having to fire the recently hired, paid for, and trained substitute.

Severe order of protection – red flag law. A person may be accused of being a threat to himself or others and as a result may be detained, be forced to undergo psychiatric evaluation and have his firearm(s) confiscated. It is up to the accused to prove that he is not a threat. Also, the accused may be kept from knowing the identity of the accuser. This bill violates a whole slew of provisions guaranteed under our constitution’s bill of rights.

Prohibits state employees and agencies from assisting the federal government with deportations.

A person, corporation or other entity may not manufacture, import, possess, purchase, sell or transfer any “assault weapon” or “large capacity magazine”.

(1) When these bills are introduced during the 2021 session, they will have totally different bill numbers. The reason that the 2020 session numbers are given here is to facilitate fact checking by going to the state legislature’s website and entering the bill number for the desired bill.

This is very scary, but predictable,  news. GOTV is more important than in any other race befor 2020!

Great, read and we need to get more people educated on this information. Too many Christians and Conservatives are not engaged in the political process. Please go to FreedomQuestAmerica.com to learn a game plan and strategy in how we can unite and work together to take back America and our states to God, the Constitution and bring the power back to We the People!

Permalink Reply by Franklin Thomas Fiedler on September 23, 2020 at 3:48am

One of the most important races is Richer for Maricopa County Recorder. Adrian Fontes is now in charge of counting our votes in Maricopa county, and you know what Stalin said about vote counting.

Even if you don't, Fontes promotes every practice that enables election fraud, from motor voter registration on line, to universal mail in ballots, vote for weeks instead of on one day, count votes until the democrat wins, register fictitious identities etc. etc.

Plus he's sent out instructions about you altering your own ballot, (instead of declaring your ballot spoiled and demanding a new ballot, which is current law in AZ) which, if you follow Fontes' instruction, will void your whole ballot. By court order he has stopped sending this instruction, but he has not backed off his instruction so on social media.

It appears he's risking Democrats (collateral damage) voiding their ballots to get Republicans, Libertarian, Constitution, Green, whatever the followers of the late Ross Perot call themselves, other 3rd parties and Independents to void theirs. His attitude is blatantly criminal and in defiance of the spirit of the court order if not the letter.

But Fontes will win of patriots do not become far more active in Richers campaign. AZGOP and Maricopa GOP don't seem to be able to help as much as they need to, so it's up to us. 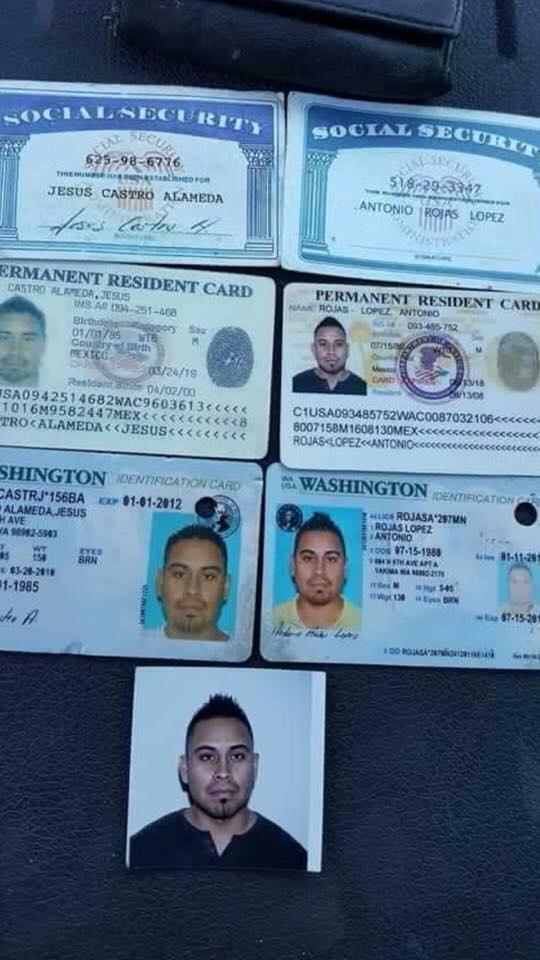 You are right. We need to get Fontes out of the recorder’s office. In fact, in 2 hours, three of us will be walking neighborhoods in favor of Richer and others. I suggest that everyone do just that if they can. Also, I have posted two articles exposing Fontes. These articles could be used as evidence of the necessity to get rid of him.

I contributed to the writing of this one:

This one actually has my by line:

Thank you Jose for all you are doing.  We appreciate all your hard work for Arizona and America.