The Face of Real Leadership in Arizona

[This is why Mark Finchem should be voted Speaker.  Leadership!  Where has Rusty Bowers been during the entire election fraud activities?  Silent.  Silent, because he has become a swamp creature member of Gov. Ducey's  Blue Arizona!] 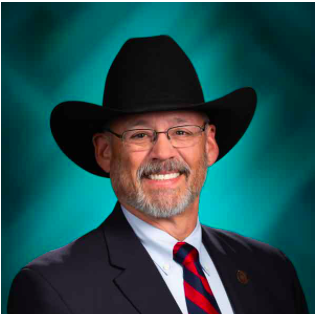 Rep Mark Finchem, LD-11: The first claim by the Maricopa County Board of Supervisors is that they want transparency and have been protecting the evidence so the Legislature can examine it. 12-24-20 Briefs

Let’s turn to the record. Multiple requests have been made to examine the machines and all documentation dealing with the 2020 Election. Yet when the Legislature asks for cooperation, and executive session resulted in the refusal to work with the Senate to present the very materials and machines sought to bring transparency. And the argument against sharing? “We are engaged in on-going litigation.” In any crime investigation evidence is collected for presentation in court, and there is a due diligence step in the process called “discovery” where all sides in a litigation get to examine the evidence. The concept of neutrality of evidence seems to be lost by the MCBOS, the evidence is the evidence, it does not change whether one is the plaintiff or the defendant, the claimant or the respondent. It is what it is.

The second claim, Supervisor Hickman is right in a twisted sense built on a half-truth, in claiming that, “the accusers have not produced any evidence to prove their accusations in eight different courtrooms.” Well sir, when a discovery hearing in court has not been held, here because the judiciary has prevented the movement in due process to the discovery step, it is true, no evidence has been presented. Why you may ask? Because the Maricopa County Board of Supervisors have, at every step, refused to allow due process to proceed. And that my Republican friends is a barrier to true transparency, erected by the Supervisors. There is only one way the stain of suspicion will be washed form the election just passed; that is to quit the obfuscation and legal maneuvers to keep from the people what is rightly theirs. The MCBOS now must move to restore confidence in every aspect of the process and open up this terrible wound that the electoral process in Arizona has suffered. History is being written right now, what do you want the history books to say of your legacy? As Benjamin Franklin, original delegate to the Continental Congress said, “A half-truth is often a great lie.”

A brief civics lesson is called for here, [sic] counties are political subdivisions of the state, they are in fact functionaries of state public policy. Those elected to the position of County Supervisor have a responsibility to both the state and their constituents. Skirmishes in the courts may result in short term wins, but history shows us the larger battle for protecting the public interest always fall on the side of the grantor of political subdivision status. This is Civics 101. Editor’s Note: The was not edited down to our “300 word limit policy’ due to its ‘hot topic’ situation. Contact Finchem at 520-808-7340 ft

And what about the refusal of the BoS to obey the senate subpoena?  In addition to "obfuscation" and the patently obvious negation of any claim to "transparency", their failure to obey is illegal.  They should first be arrested and held liable for whatever penalties the law provides.  It's not a question of "guilt", and as such, they should then also be removed from their office and replaced with interim personnel until a new election can be held.

An ultimatum was given to the BoS Friday to hand over the Dominion machines or be arrested.

Under what authority will 4 of 5 Supervisors be arrested? Penzone? General Brnovich? FBI? The Arizona Militia upon idictment of a citizen's grand jury? I don't think they're worried. But I am.

It's 12/28/  I have seen no news that either the machines have been handed over or that the supervisors have been arrested.

I emailed Kelli Ward on two of her contact pages this morning letting her know that we support her and that we want arrests ... no more delays.

Nice, though I was under the impression that it was the senate which issued the subpoenas, not Kelli Ward.  It is the senate who has the authority and directs the Sergeant at Arms.  Are they waiting for Kelli Ward???

It's Kelli Ward as Chairperson of the Senate that can pressure the Legislature to arrest the Board of Supervisors.  She's with us but she's inexperienced and has been listening to too much rhetoric from the Board of Supervisors.  Last week she found out that the Legislature has the power to enforce the subpoena, but she needs to know that she has numbers behind her.  That's what I was doing this morning.  If you want to contact her also, you can at https://kelliward.com/contact and at her email   Info@KelliWard.com

It would be great if others did also.

I guess that's a point on which I'm ignorant.  A search of azleg.gov doesn't list Kelli Ward as being a member of the senate.  It shows Karen Fann as president and etc., but no mention of Kelli Ward.

I'll be more than happy to email her, if that helps, but even if she is the trigger, what on earth is delaying her?  The senate, representing the people, has already issued the subpoena.  If she's waiting for the Arizona Republic to stir up the voter base to enforce a legal action where the defendants have told the authority to stuff it...  LOL!  How about we put the pressure on the senators?  I'll email Karen Fann and Michelle Ugenti-Rita too.

She's not a member of the Senate but one doesn't have to be in order to be Chairman.  We put pressure on the Senators by contacting them ... email, contact page

Does she have legal authority to vote on legislation in the senate?  I did not see her on the ballot.  Was she on the ballot in her Lake Havasu district as a member of the senate?  I'm afraid I do not understand what standing she has or why the senate needs a chairman when there's a president.  How can we have a person with senate authority who was not voted into the position by the people?  I'm confused...

Permalink Reply by Arizona Freedom Alliance on December 28, 2020 at 4:20pm

Larry, Kelli Ward is Chairman of the AZGOP. Karen Fann is President of the Senate.  Just to be clear.