Ridersusa's "The Good, the Bad and the Ugly" Dec 2019 newsletter article

We hear about it, read about it and we view it on TV. It has become so frequent an occurrence that many, who would normally be alarmed, are now resigned to complacency. The frequent stories and images of agitators hiding behind face masks and shutting down Conservative speakers at Liberal universities by intimidation and violence has become all too commonplace. I remember the indelibly imprinted image in my mind of former Communist dictator Nikita Khrushchev at a 1960 UN conference. He had taken his shoe and was vigorously banging it on the podium from which he was speaking and shouting, “We will bury you”! It was an overt threat to “bury” our Western culture under the iron fisted rule of Communism.

What is concerning to me is the tolerance and encouragement of anti-American Communist inspired groups at our State Universities. For instance, at Arizona State University, just miles away from where RidersUSA holds its bimonthly meetings, an Immigration and Customs Enforcement (I.C.E.) representative was forced into canceling his speaking engagement there. He had been invited by ASU College Republicans United (CRU), an on-campus Conservative student group to speak about the myriad of problems associated with Illegal Immigration.

University officials caved to demands and promised these organizations that if I.C.E. or Border Patrol were to ever set foot on ASU property in the future that these leftist organizations would be “notified”. We already know what the purpose of this “notification” would be. It is a “heads up” for the Anarchists to organize and be “at the ready” when Conservative speakers and officials set foot on campus. The University was treating these law enforcement agencies as “the enemy” and the Anarchist groups as no more than concerned PTA members. Outrageous!

As I understand it, the I.C.E. official invited to the November 13 speaking engagement backed off because of Twitter threats and when he was informed that the route to the auditorium where he was to speak was lined with about 75 to 100 masked “Antifa” agitators. The unruly agitators were in the process of harassing and assaulting the students trying to make their way to the auditorium. One of those students was spat upon. Another had his backpack pulled from off his shoulders and thrown to the ground. Other incidents went unreported.

More importantly, University officials did nothing to prevent the harassment and assaults on these students who only wished to listen to an invited speaker. The masked thugs were being treated as if they were legitimate protesters exercising their 1st Amendment Rights! The pandering to these Communist inspired punks is beyond the pale and university officials need to be held accountable!

The “leadership” at ASU is either in sympathy with these Anarchists or they are being intimidated into cooperation.  Regardless of the excuse, the asylum is being run by the inmates and needs to be turned back over to responsible handlers! So…. the question remains: What are we going to do about the assault on free speech at AZ State Universities???

These are the same Universities that demand more and more tax money each year. Let that sink in

Perhaps there should be an equal, or even greater, number of taxpayers there to insure the university is not controlled by the enemies of our Republic. Just sayin'. And, we could do like they do in Germany; make it illegal to hide your face in a protest. But if we do that, what do we say to the protesters in Hong Kong?

There's this organization called "Turning Point"  where are they on all of this anti, anti  demonstrations ???

Turning Point is fiscally fairly conservative but socially not so much

Permalink Reply by Patricia Gillenwater on December 3, 2019 at 1:45pm

My questions are where the heck is Gov Ducey and the R elected? They should be standing tall and all over this. They are not. Why does our federal dollars both in appropriations and grant $$'s keep flowing to ASU and all others? Why do alums and parents continue to give support $$'s and send their kids to these higher eds? Why are parents not demanding change?

Easy to call out Turning Point yet can you honestly claim that they would not be targets? They are.

We need to call for solid actions. Demand more from those we have elected and are expected to vote for in 2020. Something like what I have been trying to put together,

I write to you today because of my concern about violence from the left/left-wing various warrior groups that appear to be called to action on a dime to prevent speakers and discourage folks from attending conservative events. Our Presidents supporters are targets for wearing a red MAGA/KAG hat.

This can not be allowed to stand. Democrat elected for whom the vicious chaos participants operate on behalf remain virtually silent.

Congressman I am sure you are aware of the recent event at ASU.  The left/left-wing were successful at shutting down two events in one fell swoop (See: 11-18-2019 Republican Briefs as reported by spokesman for College Republicans United (CRU) Rick Thomas). ASU PD was useless. Congressman note that one of the events was a gathering of Jewish students who were run out of their meeting and the left-wing used it as their own. Anti-Semitism is on the rise at colleges and universities this alarms me greatly.

I am asking all AZ U.S. House elected to join as colleagues and take positive actions to consider doing two things, they are

Thanks for your awareness of what is happening at AZ Universities (especially at ASU) and the links you provided. When it gets to a point where people are harassed and assaulted merely for posing a opposing point of view, it is time to take action. I will be doing my part in exposing this invasive form of Communism taking over our schools. Legislation needs to be passed and present AZ law must be enforced that will prevent this kind of thuggery from continuing.

Permalink Reply by Patricia Gillenwater on December 5, 2019 at 7:27pm

Vince, Good point to consider what or where the heck is the AZ Legislature and the Governor?

All one other consideration if you are an ASU alum withhold donations and make sure they understand why.

Flood the chancellor with calls, email & snail mail. Demand that Crowe himself sponsor the Conservative orgs.

All of this reminds me of what happened to the ROTC programs and offices at universities during the late 60's and early 70's in response to the Vietnam War. Today there is no public outcry at the colleges and universities for the tuitions are being paid for by parents, government grants, those who work to stay in college. Free speech is now non-speech under the tyranny of the majority sitting behind the cloak of deceit.

Just remember:  "Give me four years to teach the children and the seed I have sown will never be uprooted" - Vladimir Lenin. 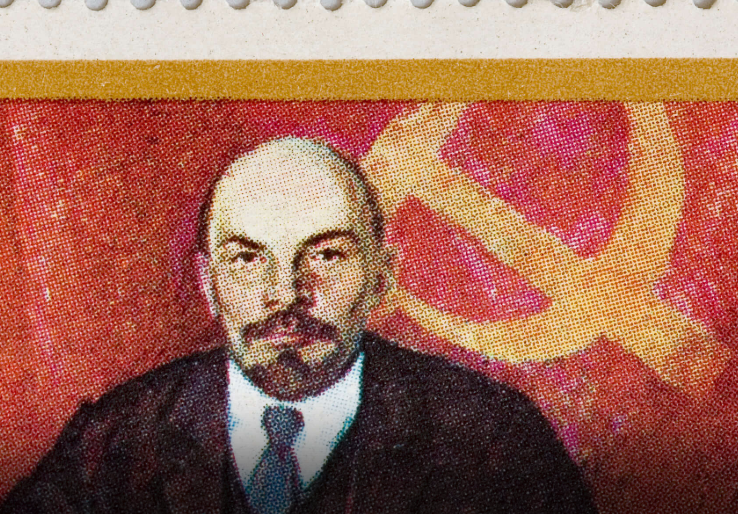 And they get a lot more than 4 years; with the indoctrination beginning in pre-K

Permalink Reply by Patricia Gillenwater on December 6, 2019 at 2:41pm

Obvious to me folks understand the serious problem now I ask what actions you will get behind to change the alt-left ships course?

If your question is posed to me I can only say this at this time: The wheels have been set in motion in regards to what ever strategy that the RidersUSA organization will consider in addressing this issue. When a strategy has been decided upon look for it to be posted on www.RidersUSA.net and on this forum as well. Everyone reading this needs to first contact their AZ Senators and Representatives and demand that they sponsor or co-sponsor legislation to address the chaos taking place at AZ universities by Anarchist mobs masquerading as civil rights groups. This activity either supported or tolerated by ASU officials, needs to come to a screeching halt!

Permalink Reply by Patricia Gillenwater on December 6, 2019 at 4:53pm

Great Vince. Actions that the key.