Some years ago, Billy Graham researched where America was in their spirtual journey. He didn't like what his research revealed... that 90% of Americans are living a defeated spiritual life.  Our weakness as a nation was being broadcasted to the world!  Subsequent years have proven him right.  If you have studied Revelation in the Bible and you understand how to interpret it, you will know that America was created to be the hope for the world.  And it was for over 200 years.

Where have we gone so wrong?  Revelation reveals the answer to that, too.

In 1979, I was managing a Wendy's in Port Richey Florida. Unlike today, staffing was never a real problem, but I was searching for a someone to work three hours a day only at lunch.

I went thru all my applications and most were looking for full time or at least 20 hours per week. I found one however, buried at the bottom of a four-inch stack that was only looking for lunch part-time. His name was Nicky. Hadn't met him but thought I would give him a call and see if he could stop by for an interview. When I called, he wasn't in but his mom said she would make sure he would be there.

At the accorded time, Nicky walked in. One of those moments when my heart went in my throat. Nicky suffered from Downs Syndrome. His physical appearance was a giveaway and his speech only reinforced the obvious. I was young and sheltered. Had never interacted on a professional level with a developmentally disabled person. I had no clue what to do, so I went ahead and interviewed him. He was a wonderful young man. Great outlook. Task focused. Excited to be alive. For only reasons God knew at that time, I hired him. 3 hours a day, 3 days a week to run a grill.

I let the staff know what to expect. Predictably the crew made sure I got the message, " no one wants to work with a retard." To this day I find that word offensive. We had a crew meeting, cleared the air, and prepared for his arrival. Nicky showed up for work right on time. He was so excited to be working. He stood at the time clock literally shaking with anticipation. He clocked in and started his training. Couldn't multi task, but was a machine on the grill. Now for the fascinating part..... Back in that day, there were no computer screens to work from. Every order was called by the cashier. It required a great deal of concentration on the part of all production staff to get the order right. While Nicky was training during his first shift, the sandwich maker next to him asked the grill man/trainer what was on the next sandwich. Nicky replied,” single, no pickle no onion." A few minutes later it happened again. It was then that we discovered Nicky had a hidden and valuable skill.

He memorized everything he heard! Photographic hearing! WHAT A SKILL SET. It took 3 days and every sandwich maker requested to work with Nicky. He immediately was accepted by the entire crew. After his shift he would join the rest of his crew family, drinking Coke like it was water! It was then that they discovered another Rainman-esque trait. Nicky was a walking/talking perpetual calendar! With a perpetual calendar as a reference, they would sit for hours asking him what day of the week was December 22, 1847. He never missed. This uncanny trait mesmerized the crew.

His mom would come in at 2 to pick him up. More times than not, the crew would be back there with him hamming it up. As I went to get him from the back, his mom said something I will never forget. "Let him stay there as long as he wants. He has never been accepted anywhere like he has been here." I excused myself and dried my eyes, humbled and broken hearted at the lesson I just learned.

Nicky had a profound impact on that store. His presence changed a lot of people. Today I believe with every fiber of my body that Nicky's hiring was no accident. God's timing and will is perfect.

This Christmas, I hope we all understand what we are celebrating. We are all like Nicky. We each have our shortcomings. We each have our strong points. But we are all of value. God made us that way and God doesn't make mistakes. Nicky certainly wasn't a mistake. He was a valuable gift that I am forever grateful for.

We are celebrating the birth of the ONE that leveled the playing field for all of us. God doesn't care if you are rich or poor, republican or democrat or black or white. He doesn't care if your chromosome structure is perfect. He doesn't care what level of education you have attained. He cares about your heart. He wants us all to love and appreciate the gift HE gave us on Christmas, His son, the Savior, our salvation. His Son that was born to die for our sins. To pay our debt. To provide us a path for eternity.

So this Christmas, Let’s check our hearts. There is a little bit of Nicky in all of us and I suspect there is a Nicky somewhere in your life that is looking for the chance to be embraced. Thank God for that. Thank God for His perfect gift, Christ Jesus. 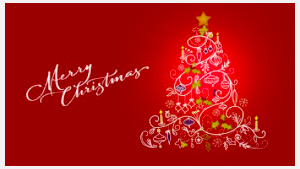 Sweet and wonderful story.  Thanks for sharing!

Very nice story and thanks for publishing it.  maybe we will use it to replenish our spirit life.

AFA editors, thank you for this beautiful story, Merry Christmas to you all, and  best wishes for the  New Year.

Thank your and have a wonderful Christmas and better 2021.

1. Many thanks for the heart warming story about Nicki. It was especially touching as I have a great grandson that is autistic. Today, the autism rate is said to be 1.86%; largely induced via childhood vaccinations.

A very moving and appropriate Christmas story! Reminding us all to be kind and appreciate those around us no matter what and how they look or sound. God Blesses everyone! Keep the faith Nikky, well done!

If true socialism ever takes hold here in America all these people will be aborted not born and we will miss an important part of God's lessons in Humanity. Communist and Socialist target anyone not up to their "standards" for death. In reality it is anyone with those, communist/socialist, standards that should be targeted for destruction because their ideals and ideas are so dangerous to Humanity.

If true socialism takes over it will be an unlawful act. Government was created to secure for us our unalienable Rights. Any government Act designed to diminish or destroy anyone's ability to enjoy a Right is an unlawful Act. Those responsible for the Act and/or its perpetuation are criminals. If "we the people" don't have sense enough to unite and act to hold these criminals accountable then we and our posterity must pay the price for our stupidity.

The Obama admin did plenty of "unlawful" acts and crickets from the Republicans and the courts. Biden has admitted to "vote frauds" and again crickets from both and even the Republicans can't get their minds around the fact that he is unable to serve in any elected or appointed capacity because of his violations of his previous oath. Please tell me again about unlawful acts.

The law will be upheld if and when "we the people" decide we want it upheld and come to our senses and unite. We must have enough "political muscle" in a county to convince the county Sheriff  she/he either honors their oath or be recalled and replaced. The best way I know to unite is via the communication system called "Libertyville" on the www.friendsoflibertyunited.com web site.

At https://friendsoflibertyunited.com/?page_id=345 is a sample affidavit that could be used to imprison if not hang every elected and appointed official of choice if used and the Sheriff in the county in which it were used would honor her/his oath. And I suspect most of them would if there were a couple of thousand voters in the county pushing her/him to do so.