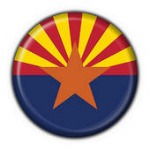 Information on Prop 121, the Top Two/Jungle Primary proposition that will be on the ballot in November.  Educate yourselves, your friends and family, your neighbors about the unintended consequences that will come if this is passed.

Remember:  YOU may have a choice of two candidates in a party you don't like!!!

10. It is Unconstitutional – A court case currently being fought in California pits a Democratic candidate who will not be in the General Election against two Republicans that were the highest vote getters in the “Top-Two” Primary. Democrats have had a choice in every election in the district since California entered the Union, until now. Opponents argue “that the top-two open primary system is unconstitutional because it precludes third party voters from casting a ballot for their candidates of choice at the general election, prevents third party candidates from communicating their message to general election voters via the ballot, and denies third parties in general the ability to reach general election voters.” What happened to having your vote count or having voter choice?
9. It Shuts Out Third Parties – In California, of the 54 Federal offices up for election, only 4 of the elections will have a choice other than Democrat or Republican. Of the 98 State offices up for election, only 4 of the elections will have a choice other than Democrat or Republican. 26.4% of California voters are not Democrats or Republicans, yet they are only represented in 7.4% of Federal elections and 4.1% in State elections. Third parties are left out of the General Election. Again, election laws should increase our choices and not diminish them, something the Top Two system will do.
8. It Limits Choices – With party primaries, each legitimate party nominates their own candidate. In Arizona, this allows for general elections voters to choose between up to five candidates instead of just two. The “Jungle” Primary limits the general electorates’ choices. It is also possible that the two choices that you are presented will not actually represent your values as a voter.
7. It Leads to Corruption – Tammany Hall-type politics will run rampant. Without party leadership to steer the nomination process, conglomerate special interests will be given more power to pick winners. If you think big money interests have too much power in politics now, you just wait if Arizona adopts a Top Two or Jungle Primary system.
6. It Increases Money’s Involvement in Politics – In a party primary process, candidates focus their message and money on a limited voter population for the Primary Election, and then a comprehensive voter population for the General Election. In a “Jungle Primary,” candidates must focus their message and money on a comprehensive voter population in both the Primary and General Elections. This increases the amount of money required to run in both the Primary and the General Election, and thus increases Money’s involvement in politics.
5. It Kills Good Candidates' Chances – Candidates not willing to get involved with big machine politics will have no chance of winning. Candidates unable to spend 33% or more on campaigns will not have a chance of winning. “Instant Runoff” Primaries ruin good candidates chances of winning. Plus, candidates with new ideas, often breaking with their political party’s orthodoxy, will likely be discouraged to run because of the increased difficulty to win.
4. Enables Politicians, Not Leaders – Politicians often pander to whatever room of people they are in. Many voters distrust politicians for this reason. Top Two or Jungle Primary elections require candidates to pander to larger groups of diverse voters, instead of taking principled stands on issues and leading in the respective districts.
3. It Allows for David Duke Type Candidates – Louisiana enacted the “Jungle” Primary system in 1977. In a 1989 special election, Duke, a known member of the Ku Klux Klan and the founder of the National Association for the Advancement of White People, received the highest total votes in the “Jungle Primary.” How irritating would it be if you were forced to vote for two David Duke type candidates when you knew a majority of voters never wanted those candidates in the first place?
2. It Enables Voter Deceit – Corrupt candidates can game the election system for their or their preferred party benefit. We have seen our share of fake political candidates in Arizona. “Top-Two” Primaries makes voter deceit much easier. In fact, under the current proposed change, the candidate is not even required to prove or even announce their party affiliation. Arizona voters would just have to take the candidate’s word for it.
1. It Does Not Work! – The Top Two or Jungle Primary system fails in its claimed attempts to moderate candidates and improve Independent voter participation. Voters are not against progress or making our election system better, but just because something is proposed does not mean it actually works. In fact, this proposal makes things much worse for the voters of Arizona.
If you support voter choice, you will oppose Arizona’s Top Two or Jungle Primary proposal.
------------------------------------------------------------------------------------------------------------------------

Handout copy for you to distribute (attached below so you can upload and copy for distribution in your neighborhood) Front:

Vote NO on Proposition 121

3. It Leads to Corruption

4. Those with the most money win

If you support voter choice

Vote NO on Proposition 121

Printed four to a page, just copy and cut into four pieces.

If the top-two primary initiative passes, the Legislature will have a real mess on its hands.That’s not because legislators, particularly Republicans, loathe the thing and will have to learn to live…Continue

From the Goldwater Institute

Source: Robert Robb, Arizona RepublicFrom the political notebook:* One of the least understood features of Proposition 121, the top-two primary system, is the extent to which it changes the…Continue

How about the signatures were obtained illegally BUT even with proof that the people who carried the petitions were ineligible to gather signatures a "judge" legislating from the bench determined that the measure should go on the ballot in direct conflict with Arizona State Statutes!!!  AND the signatures on the petitions were over 30% invalid as verified by independent volunteers the judge ignored the facts and allowed the petitions to go through and the measure to be put on the ballot.  The entire measure is ILLEGAL!!  and UNCONSTITUTIONAL!!!

I have personally checked dozens of pages of signatures.  There is no doubt that perhaps as many as half of them are problematic.  The sample done by the Elections Commissioner said that enough were fraudulent that it was clear there were not sufficient valid signatures to get this on the ballot.  The courts decided it was of no consequence whether the signatures were valid or invalid, whether the gatherers were legal or illegal.  We have a major problem with corrupt people like former Phoenix mayor Paul Johnson, corrupt judges that must be drawn from a pool of applicants set up by Gov. Napolitano and that includes the equally corrupt AZ Supreme Court.  This is a huge problem in our country.... the corrupt are systematically shredding the Constitutions of the United States and individual states.  That is why we must do the work the government won't do while they are busy doing the things they are not allowed to do under the Constitution!  Let's face it: anyone who wanted to attend the Democrat National Convention was required to show photo ID.  But showing voter ID to vote, apparently, in the eyes of this administration, is less important than their convention!!!  Now, multiply this scenario by 50 and we have 50 corrupt state governments in this country plus one unbelievably corrupt federal government!   Our fight is huge and necessary!

As part of the talking points - you might tell people that there will NEVER be an independent, libertarian, green party candidate on the ballot again.  Also, people don't vote in the primary....so they will have an unpleasant surprise in November when they see two candidates from one party as their only choice.  We're walking with this message-flyers-started Friday.

Got it Lynn, thanks..... I was just saying that this thing has been corrupt from beginning to the ballot!!  How do the progressive/communists always get away with this???? (rhetorical question)  lol!

Joanne: you are the master of understatement.

You need to be a member of Top Two Primary Facts to add comments!