Have you heard about this?

A huge robbery is happening across the country.  It's being committed in the name of convenience.

The robbery is against all of us on Early Mail-in Ballots.  Because it's so convenient.

We have scoured the Constitution.  We cannot find a single word about civic duty must be convenient.  That is the work of the democrats aka Satan in their new iteration.

Stop the ROBBERY of your vote.  When you vote an early ballot, do you know how many ways that can be manipulated aka corrupted?  Proven in court:  it is over 100 ways but the dems are very sneaky and dishonest.  They keep thinking up new ways to cheat you out of your vote. A few Republicans are, too.  Early ballots are handled by people you do not know.

This year in Maricopa County, the 4th largets county in America, the democrat Recorder put your voter registration in two conspicuous places: on the Green envelope you send your ballot back in and on the white envelope the early ballot arrived in. 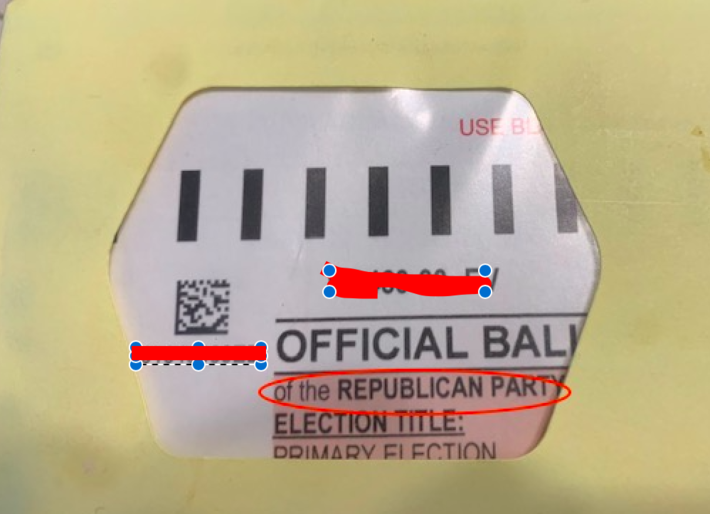 Unscrupulous mail carriers ARE instructed to "lose" Republican ballots in some states.

Workers in the tab rooms know how you voted before they even open the envelope.

Approximately 90% of the ballots are by early ballot now with all the fear about covid-19.  Your chances of getting sick with this is .003492% of the population.  You have a better chance of being run over in a crosswalk, get shot as an innocient bystander in Chicago or dying of cancer than you have of getting an active infection.

For the November election, if you want your ballot to count just like you marked it, GET OFF EARLY BALLOT!  It's that simple.

I am into asking why our Gov., Atty General, the elected legislators, the RNC/GOPs are failing to address this and other issues surrounding voter fraud issues.

There is no reason that the disabled should not be allowed to vote by early ballot. Gee it seems the system bends over backwards to ensure voter fraud is built into the system and when I poll watched provisional ballot casting popular.

Nothing seemed of consequence happened to the Maricopa County Recorder after 2018.

In view of having worked this election as a pollworker with the voting centers, it became clear that voting by mail was used way more than anyone thought. I was at the voting center and watched people on the days leading up to the election bringing in their green envelopes in small amounts throughout the days. The highest number before Monday was 80 ballots having been left. When Monday came around, we had a pretty full tub of those envelopes. People are concerned that their ballots get to where it will be counted. Several people came in saying they never got their mail-in ballots, but they wanted to vote. When you explain to people the possible ramifications of mailing, they are surprised because they never realized there were thieves and dishonest people who would try to take their vote. We had the big blue tub for drop-offs yesterday and it almost didn't hold all of them. It was getting tight to put them in. As far as we could assure them, they were told their ballots were going straight to the county recorder's office to be counted at 7:01 pm when the counting could start. We also had over 1200 voters who came to do the in person voting. It was an extremely busy day and all of us pollworkers were on our feet constantly from 6 am until 7 pm and then closing down for another couple hours.

Permalink Reply by Arizona Freedom Alliance on August 5, 2020 at 9:16pm

Thank you, Nancy Jenkins, for working the polls.  Voters have no idea how much cheating can happen during the election season in most states, including Arizona.  Republicans are disinterested in working the polling locations.  The Maricopa Recorder, Fontes, is uninterested in having Republicans in the tab rooms.  Checks and balances need to be in place to ensure a fair and honest election.  Maricopa county fell far short of that.  We hope you inspire other Republicans to serve in November.  It may be the very thing that thwarts corruption... or slows it down.