State Sen. Kelli Ward, who is exploring a possible 2016 Republican primary challenge to incumbent U.S. Sen. John McCain, in a series of Twitter messages clarified that she does not believe in the "chemtrails" conspiracy theory.

Last month, Ward, R-Lake Havasu City, had told The Arizona Republic that she had no opinion about chemtrails one way or the other, despite having held a June 25 hearing in Kingman that addressed the topic.

Since then, FreedomWorks, one of the major tea-party-aligned national groups who is looking for a viable candidate to take on McCain, has cited her association with the fringe issue as a possible political liability.

"Chemtrails" conspiracists claim that airplanes, via visible contrails, are spraying dangerous chemicals into the air, either to change the weather or for other more sinister purposes.

"Let's just be clear - I don't believe in that," Ward tweeted to journalists and FreedomWorks on Wednesday.

"I've never believed it - many in my district do," she added in a follow-up message.

In March, Ward had told The Republic she was responding to constituent concerns and only arranged a forum for them to ask questions to state environmental experts.

"I don't really have any opinions about 'chemtrails' one way or the other," Ward told The Republic at the time. "I think that environmental quality, though, is very important."

[Editor:  Does Ward "believe" in chemtrails or not?  Or can't she decide?  If she doesn't believe in chemtrails, can she explain what is happening in our skies?   Does she not know what a contrail looks like and that chemtrails are NOT the same?  Puzzling.  Either way, we don't think it should be a campaign issue.

More on Chemtrails vs Contrails:  https://arizonafreedomalliance.ning.com/group/uncle-scam/forum/topi...]

You do know that those in the Military would NEVER dare speak out against Herr Obama?  In much the same way FEAR does have its way of convincing, an ideological dogma is NOT "science" ... for the Scientific Method has been abolished by the Political Correctness of today.

"When even one American - who has done nothing wrong - is forced by fear to shut his mind and close his mouth - then all Americans are in peril." - Harry S Truman 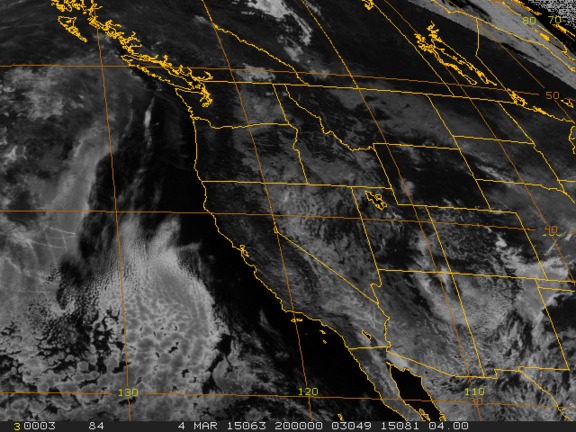 She knows what side her bread is buttered on and it's not from us Arizonans.

Sucking up to the NWO.

A giant mass of methane has scientists wondering the origins. Satellite findings say it's roughly in the Four Corners region out West. Meteorologist Alex Wilson has the details.

Aren't I allowed to take no position because all the information isn't in to my satisfaction? No wonder we can't get honest representatives. We are expecting them to be super human which is ridiculous.

They need to learn and learn even faster.

You most certainly are entitled to have any opinion you want and to express it here.  However, the rules are just different for lawmakers.  They are necessarily held to a higher standard.  In many ways, they hold our lives and the quality thereof in their hands.  In the case of Kelli Ward, she has expressed two different opinions.  We know that is going to get some flak.  Lawmakers are allowed, indeed encouraged, to research issues constantly and if they find something that causes them to have a different opinion, that should be made clear by the lawmaker.  "Yesterday, I thought that.  But I did more research and today, I believe this." THAT is what makes an honest broker.