Note to our readers: Later today, we will release new info on the Michigan corruption. This is where we know unmistakenly if there are any honest judges on the bench anywhere.  Powell does nothing without full and complete proof. Nonetheless, MSM scream "Conspiracy theorist, Sidney Powell...."  Let the Kraken fall on their heads as well!

The plaintiffs ask the court to 'set aside the 2020 General Election results which fraudulently concluded that Mr. Biden defeated President Trump by 12,670 votes' 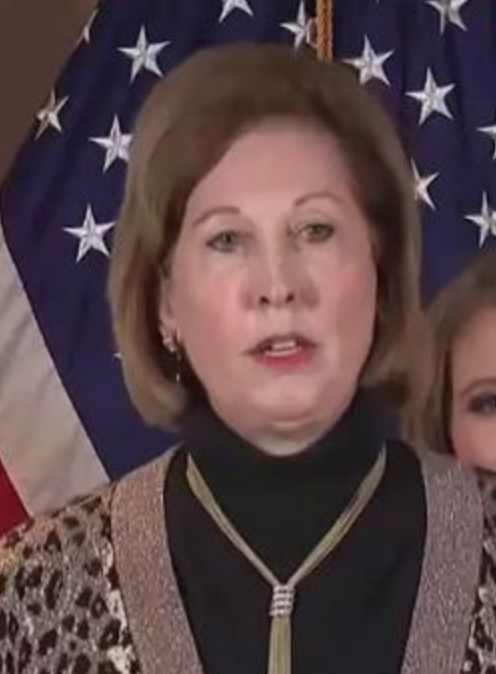 Sidney Powell has finally released her promised “Kraken” in Georgia on Wednesday
in the form of a 104-page legal complaint. The plaintiffs ask the court to “set aside the 2020 General Election results which fraudulently concludedThe opening summary details the origins of the voting machine company and its connection to Sequoia and Smartmatic, while noting that “the design and features of the Dominion software do not permit a simple audit to reveal its misallocation, redistribution, or deletion of votes,” because “the system's central accumulator does not include a protected real-time audit log that maintains the date and time stamps of all significant election events…Essentially this allows an unauthorized user the opportunity to arbitrarily add, modify, or remove log entries, causing the machine to log election events that do not reflect actual voting tabulations—or more specifically, do not reflect the actual votes of or the will of the people.” that Mr. Biden defeated President Trump by 12,670 votes” because of both evident fraud and multiple violations of the Constitution and Georgia’s laws in the running of the election.”

“The Kraken is released,” states Powell’s website Defending the Republic.

The complaint asks the Northern District of Georgia, Atlanta Division court to “de-certify the election results” that currently have Biden as winner and to order Governor Kemp to “transmit certified election results that state that President Donald Trump is the winner of the election.”

Powell has also filed today a lawsuit with similar allegations of fraud and mathematical improbabilities in Michigan.

The Georgia complaint begins with a general discussion of the means allegedly employed to “illegally and fraudulently” manipulate “the vote count to make certain the election of Joe Biden as President of the United States.”

“The fraud was executed by many means, but the most fundamentally troubling, insidious, and egregious is the systemic adaptation of old-fashioned ‘ballot-stuffing,’” the complaint says. “It has now been amplified and rendered virtually invisible by computer software created and run by domestic and foreign actors for that very purpose. Mathematical and statistical anomalies rising to the level of impossibilities, as shown by affidavits of multiple witnesses, documentation, and expert testimony evince this scheme across the state of Georgia.”

NOTE: It is widely discussed that Republican nea traitor Kemp sold out the state for "30 pieces of silver!"  Add the Secretary of State, Brad Raffensperger,  to that short list. Kemp will be recalled and a new Republican will be installed as governor of Georgia if justice prevails.  Hopefully, these two get to share a cell.

Some part of this article was re-published from American Thinker.

Hot damn.  finally, an honest lawyer, or really two.  I see why they separated from the government controlled oversight. We would never see anything movement until spring with sleepy joe was sitting in the oval office if she stayed connected to the oval office. For the first time I feel confident that Trump will serve out his second term.

I doubt this ends here.  Once this door is open, the chickens will be running away.  We will here a multitude of excuses from our own gov, SoS, Board of Supervisors who should all be recalled. They failed the people of Arizona.

Here are those who are culpable:

Maricopa County Recorder Adrian Fontes, who was defeated by a Republican claiming there was not fraud in AZ elections.  He can be recalled, too, if he doesn't remember how he got elected.

Steve Chucri, Jack Sellers, Bill Gates, Clint Hickman and Steve Gallardo.  In my view, they are all crooks who used this to advance their own political careers.  Despicable is not a strong enough word for any of these people.

Usually Traitors are shot or hanged preferably at sunrise. Recall is not enough of a punishment for what has gone on with the Election Frauds that are occurring. For all we know these have all used this system to steal elections. There is nothing stopping "Republicans" from getting in on the frauds as far as I have heard. There must be some reason none of them want to investigate any of the ,errors, mistakes, anomalies or whatever name they have used to describe the Frauds committed against the voters and the laws of the State of Arizona and the US of America, not to mention the oath each and ever one of them has taken to assume the position of Trust they have ignored to dismiss the Frauds as if they are nothing of any importance.

Time to release the 'Kraken' here in Az.  I like to add to the AFA list recalls.  HS Rusty Bowers,  and pray he is not re elected as HS.  This is a time for push back and no excuses allowed.  Our Republic is hanging by a thread,  It seems, to me, RECALLS our only defense against Az. corruption.

Permalink Reply by Arizona Freedom Alliance on November 28, 2020 at 3:44pm

There is more evidence of vote fraud at

Also check out Fraction Magic, another way of manipulating vote totals. Bev Harris at BlackBoxVoteFraud has been exposing how the machines can be controlled. Devvy Kidd at NewsWithViews has also been investigating vote fraud for some years.

Here is an interview with Patrick Byrne, who did an analysis of the Dominion machines.

Permalink Reply by Arizona Freedom Alliance on November 29, 2020 at 9:51am

The affidait can now be found at this link;

Maricopa County has 60% of the statewide vote and Rural AZ counties 40% of the vote.  Maricopa Co. has expanded its population exponentially over the past decades.  In my opinion, it is way to big to be managed by 5 supervisors.  I think it needs to be broken down into three counties.  My friend at the capitol says a Legislative committee would have to be formed to study the issue, though it has been studied before she thinks.  If the rest of the state has any hope of ever determining the direction of our state, we have to break up MCC.  That's my opinion anyway.