DACA rolls off into the abyss!

Today, AG Jeff Sessions finally stepped up to the plate, under Pres. Trump's orders, and terminated DACA.  In the words of the AG, this is as unconstitutional as it gets and Obama enacted it not because it was a legal act but because it was his opinion.  We don't make law based on opinion.  Doing that results in the chaotic country we now see America to be.  Sessions called it an "open-ended circumvention of the immigration laws."  Correct!

Ending DACA, said the AG, will help to eliminate the drugs, violence and other extremist activities that we see today and it will surely cut down on illegal border crossings.  In fact, the end of DACA has already been initiated!

Eight hundred thousand (800,000) young illegals now under the DACA program will be rolled off the system.  Those with legitimate jobs will be rolled off slower than those on government benefits.  Nobody gets amnesty but deportation will be deferred from immediate deportation.  Permits to stay in the USA that expire before March 5, the day the President gave Congress to come up with immigration legislation, can re-up if they do so by October 5.  If Congress does it's usual side-stepping on legislation by March 5, thousands will be subject to deportation.

Said Sessions, if the people and Congress want a DACA-like program, they have to go on the record and pass legislation and send it to the President. That is the lawful and Constitutional way America is supposed to work.

It will be interesting to see what happens here.  As we know, Congress "passed" many bills to end Obamacare when they knew Obama would not sign them, giving them cover. The cover is now ripped off and the liberal elites have been unmasked.  During Obama's terms, Congress also sent him many bills to end DACA, knowing that would never happen. Covered again.  Well, now there is no cover on the road to making America great again.  We see our "conservative" lawmakers being exposed daily for the progressives they are.

A test of Congress is coming!

But don't wait for massive deportations of those who have lived the American dream: gotten an education, stayed away from drugs and other illegal activities and hold down good jobs and are contributing to society and the tax base.  Those high on the deportation list will be those who have taken advantage of free government handouts, Obama-phones, welfare, free college educations that American citizens don't get and so on.  It's sayonara to those people.  Or maybe we should say Hasta la vista, baby! (Thank you, Swartzenegger)

Since Congress has until March 5 to come up with legislation, they either get on the stick and finally do something or be further outed as the liberals under their desks we have come to know many of them to be.  Or they send one of two kinds of legislation to the President: one that no one would sign (probable) or something that makes sense, limits the numbers of visas issued to immigrants who are unskilled and puts a tracking system into the bill, since thousands of illegals in this country today have overstayed their visas.  And a plan to deport those who can't figure out how to follow the law and be productive.  There are 1000s of those and we see them in ANTIFA weekly!  Many are marching in downtown Phoenix as this is being written!  If they are out on the streets at 10 am, they aren't working and contributing to America's greatness.

Now that's out of the way.  Can we count on the DoJ to investigate Hillary/Obama/Podesta/Schumer/Pelose?

Permalink Reply by Gabriela Saucedo Mercer on September 5, 2017 at 5:56pm

This is the story of a young woman who was happily married with three children, without thinking about her children or her marriage she starts using drugs, she is able to hide her drug use from her husband and children.  After a while she can no longer afford to maintain her drug use so she starts to steal, she gets in trouble with the law a few times she is booked in jail, her husband wants to help her and advocates for her as she is not a violent offender plus her children need her, she gets three years probation and the judge gives here another chance.

A few months go by and she starts using drugs again, she knows that she cannot spend her husband's money to get high as she would be found out so she decided to rob a convenience store using a gun things go wrong for her, she gets arrested for breaking the law once again and this time she faces prison time.  She is sent to prison because she broke the law, she is literally "separated" from her children for her bad choices.  Her children have nothing to do with their mother's bad choices, yes they are innocent victims and luckily they still have their father to take care of them but the government does not jump in to give them FREE EDUCATION ALL THE WAY TO COLLEGE!  Her children do not go on public/government assistance.

My take on the Unconstitutional Barack Hussein Obama's DACA is that it is wrong to protect and make examples of the unfortunate circumstances that surround these children that to no fault of their own they ended up in the USA.  They should be grateful that they got a free education, they should go back to their respective countries and start using their education to better themselves in their countries of origin and perhaps help their countries become great as now they have tools they can use.  The United States does not owe them anything, it is not the United States responsibility to repair what these children's parents did.  I am sick and tired of the government we have not willing to stand for lawful Americans that cannot afford healthcare and repeal Obamacare, but now they are saying that 800,000 illegals have rights to get free education, free welfare, free food stamps, free medical care as all they have to do is go to the emergency room and they will not be denied medical care.  When is our government going to do the right thing for We The People, The AMERICAN PEOPLE?

The landscape is, as I've seen many times, I hate our lawmakers.  They are terrible.  They need to go at the next election.  YOU, yeah, you over there in that state.  Your Senators stink.  Vote them out.  My Senator stinks too but we are going to keep him/her because it's the best we can do but you go ahead and vote YOURS out.

Everyone thinks all others Senators/Congressmen are the worst and should go and they are right but so is theirs that them keep electing.  And the wheel goes round and round.

Clair:  I suggest two things as being needed if we hope to cure our ills via the ballot box: an organized electorate singing off the same sheet and a set of questions that would allow us to separate the sheep from the goats. A suggested set of questions are at http://thecnc.org/Documents/Questionnaire.htm.

That's the right idea, Walter. But we can't even get state committeemen to sign a simple petition.  I've seen in Briefs that only 269 of the 1200+ actually signed that petition.  Whoever decided to cancel that meeting for now had the right idea. Failure to actually get at least within a few votes of removing Lines would give them more reason to rip up the party, not that they need ammunition to do that.  What we have is political cowardice within the PCs and SCs.  So how are you going to get these people to sing off the same page?  I hope that is a project you take up and get done.

Jaspergoat:  A group of us headed up by Gov Mecham tried to "gitterdone" in the 90s all to no avail.  The plan we proposed for American patriots is the subject of http://thecnc.org/Documents/DebtReduction.htm but it appears to few people believe in the need for a plan or unity of action. Most people just want to talk and not act.

Vomit is turning over in his grave.  WHAT, he's not dead?

While I have the opportunity, please allow little "O'" me share something that was just exposed about DACA, that they must of forgot to share with the American Public. And by the way this exposes Democrats and Republicans. The followng information has started to go viral, because it is in their face.

See link below, Sanctuary city is a name given to a city in the United States that follows certain procedures that shelters illegal immigrants. These procedures can be by law (de jure) or they can be by action (de facto). The term most commonly is used for cities that do not permit municipal funds or resources to be applied in furtherance of enforcement of federal immigration laws. These cities normally do not permit police or municipal employees to inquire about one's immigration status. The designation of Sanctuary City” has no legal meaning. 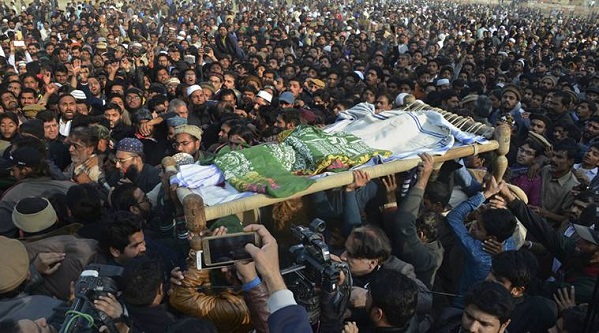 Clair: another case of broken promises. Just like "I will make America great again." This is impossible so long as America is obligated to honor United Nations policies. To MAGA America must control its own destiny. This requires getting out of the U.N., bringing monetary policy into compliance with the Constitution, and shedding America of the $100 + trillion of public and private debt; not a penny of which can be repaid under present monetary policy. Talk about slow learners; that's the typical voter. How many times have Americans switched from one major party to another only to see America headed down the same path leading to the New World Order; “a world that has a supranational authority to regulate world commerce and industry, an international organization that would control the production and consumption of oil; an international currency that would replace the dollar; a world development fund that would make funds available to free and communist nations alike; and an international police force to enforce the edicts of the New World Order;”  i.e., a global prison whose ’warden’ will be an Imperial Oligarchy!

I know their are those who all but worship Trump but facts are facts. One can ignore reality but one cannot ignore the results of it.

1.  What American President can legally act alone to make law, judge law and uphold the law through police powers?

2.  Who was running for President in either party in 2016 who would have done as much against as much push back as Trump and be a perfect president?