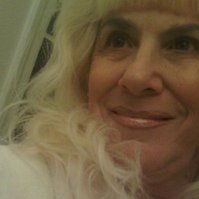 Linda Brickman has not received any gifts yet

Merry Christmas and Happy New Year To You All!

For several years I have argued that conservatives seem ignorant about so many scientific and messaging (communication) challenges in our political life. What results from this ignorance, which now seems pervasive, is that liberal errors in narrative construction go unanswered. In AZ, for example it has been argued by the GOP that lower taxation stimulates economic growth. However, AZ, when compared with other "like" states, demonstrates, according to Jon Talton, that this thesis by the GOP is simply free market "religion" and this free market thesis about growth is not supported by current data! Talton and those he cites, have reviewed states like Kansas, Colorado, Arizona, Washington, and Massachusetts, especially to make their case.
What they fail to demonstrate is how the recession, created by the liberals under Obama, has augured through the economic social fabric to create the very growth challenges they eschew. The study, economists claim, that growth in state general funds should be one indicator to tax revenue formation, for example, that can be evaluated. A high government spending government wonk is always going to decry lack of funds, that is their mantra! They create high debt service for our national and state governments and then decry the lack of revenue when conservatives will not allow taxes to rise with their greedy government spending values! Obama deficits anyone?
For conservative governors, there must be a better effort to study and increase per capita income for all citizens in their state. Per capita income growth allows us to demonstrate increased wealth for families, not just new jobs in our narrative. What good are new jobs if they are only $8.50 per hour? Second, Governors must become more sophisticated at marketing the states to the international community of firms that wish to become part of the American economy directly. Thus, the "marketing" effort, not just "trade missions" will require new directions for growing the states economy while lowering taxes or keeping taxes low. Marketing of states is a different function and creates different economic outcomes for Governors who want to continue to offer a valued free market growth profile. Governor Ducey (AZ) listens only to his lobbyists who are trade mission wonks (Mexico is their favorite international site along with the Paris Air Show too!)and change little with regard to creating real wealth (increased per capita income) and growth in AZ. In fact, AZ is 42nd in per capita income of the states in the U. S. To be fair, however, economic growth, by any indicator, is difficult under heavy debt servicing created by liberal, free spending governments that freeze out free market economic possibilities. Now they decry "no growth" as proof of their hatred for free market economics.
Finally, human capital is a critical component for state economies. It can be argued that AZ creates talented young people who seek high tech jobs out of AZ because the opportunities are not always here. Thus, higher per capita income exits the state via the very human capital pool we create. Go figure.
We must address our ignorances as conservatives and address the phony science in studies like these cited herein. It's the recession you created stupid! Recessions distort economic growth evaluative parameters.
Liberals are the great pretenders of our society...their world view is sick. Meanwhile the "deplorables" in the street are in revolt...remember the consequences of the French Revolution? Read on America!
http://www.roguecolumnist.com/rogue_columnist/2016/06/no-tax-cuts-dont-help-arizona.html

When you get a moment, I would appreciate your thoughts on a matter that has just arisen regarding the CoS Project and what I see as a "competing" Article V effort to propose a Balanced Budget Amendment led by the Goldwater Institute, referred to as the Compact of States. To me they seem to be at odds with each other, with the Compact approach being narrow and restrictive, while the CoS Project idea would allow for many critical issues to be addressed, and would seem, in its simplicity, to be the more superior of the two plans.

I've posted a few opinion pieces to that effect, and was recently contacted by a representative of the Goldwater group asking me to consider the two approaches as equally good, and to help form a united front to advance all Article V efforts. Do you think this is a good idea?

You can reply to me directly by eMail at michael@rimcountry.com.

Thank you for your time,

I'm honored to be your FRIEND, thank you.     Karen Gevaert

Islam is a big threat. Agreed. Want to get Usama Dakdok here and see your interest in this subject of Sharia. He will come if enough interest and meetings can be arranged. He needs to be in the Southwest because of the growth of Islamic movement here. There is probably no one like him. Had trouble getting to add you to my friends. The security stuff on Twitter etc but I do understand. Anyway. I am now here...God bless.

Are you the Legislative Liaison for the Convention of States effort?  I am in LD14 and working with the folks to become a Captain in the effort to regain our country from the big government.

Linda, I just found your page and see that you are in Phoenix. I live in Star Valley.

Glad to have you as a friend. I am in AZ which state are you from?

Sorry I never saw this friend request. I am honored to call you a friend.